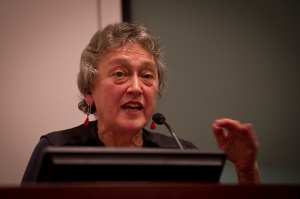 Renowned biologist Lynn Margulis passed away on Tuesday, 22 November, 2011. She had suffered from stroke and died at her home in Massachusetts. She was 73 years old.

Although I had never heard of Lynn Margulis before news of her death surfaced on several news websites, from what I have gathered from reading her obituaries, she was a well-respected scientist within her field.

Margulis was a professor of geosciences at the University of Massachusetts. Her notable works include the endosymbiotic theory and the development of the Gaia hypothesis with independent scientist James Lovelock. She was also previously married to Carl Sagan, who is one of my idols.

Here are some tributes to Margulis written by other women in science: